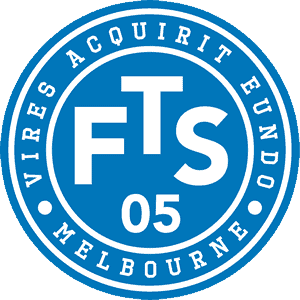 It is well accepted that professional footballers need to have a strong mentality – it is the engine to keep the player moving forward.

When you speak with ex-professional footballers about their youth football journey, it is more often the case they acknowledge that many others were ahead (often well ahead) of them when they were young, even in their local club teams, however with hard work, support, resilience and persistence they were able to bridge the gap into professional football. Conversely, for some of those players that tasted success early, they often found it difficult to keep climbing in later years. Important insight here for parents – “it’s not a sprint”. It is fair to say that each of the four players leaving us this year for Aleague teams can relate to this, plenty of adversity already overcome by these top young guys and obviously plenty more ahead!

No doubt these four young players will make the most of their opportunities to bridge that gap into senior football. The Aleague competition is a genuine and viable stepping stone to assist young Australian players reach lifelong professional football dreams.

It is worth noting that it is generally accepted that players reach their peak at around 26-30 years of age, so obviously plenty of work still to do.

Josh Francou (born 2004) joined FTS in 2017. He will join the U21 squad for Melbourne Victory in 2022. Initially a left winger and left fullback, Josh was converted to a left-footed central defender. He is superior physically with elite capacity in both speed and endurance, suggesting he could play a variety of positions at the professional level. Josh has excellent close down speed, quick feet, strong, agile and overall incredibly athletic. Josh is highly refined technically, quick feet and great balance. He is very calm playing out from the back and confident when under pressure, clean distribution and injects to break lines. Defensively, Josh can lead the backline, he is intelligent and an excellent communicator. He can hold a high backline and is equally adept at protecting the space in front and behind the backline. He is very strong in 1v1 defensive moments. Josh is the ultimate professional, vocal and demands high standards, extremely hard-working, highly competitive, a leader, a winner!

Parker Williams (born 2005) joined FTS in 2016. He will join the U21 squad for Western United in 2022. Parker at 6’2 (with a bit to go) is a tall, strong and mobile left-footed central defender. He is also quick and agile, creating an impressive physical profile for a central defender. Parker has an elegant left foot, excellent overall technique, quick feet along with great balance. He is very calm playing out from the back, confident when under pressure, deception to open lines, clean distribution (short and long) and extremely impressive injecting into the next line calmly with the ball at his feet (a real weapon). Parker is an imposing central defender. He is very strong in 1v1 moments and aerial duels and has excellent timing to step up and apply pressure or intercept when a player looks to receive in a pocket. Tactically he operates extremely well in a coordinated backline. Off the pitch, Parker is extremely hard working, very determined and committed, a top guy and great for the change room.

Jack is a clever and streetsmart midfielder who has the ability to impact a match. Whilst a risk-taker at heart, he has developed his understanding and tactical discipline to enable him to play in any of the midfield positions (or even higher up if needed). Jacks obvious weapon is his deception, whether it is prior to his touch to create space or after his touch to open lines, break lines or get into goal scoring positions. Jack is brave, confident and intelligent in possession. He not only makes clever movements to create space for himself or others, he also works hard to get to the relevant positions. His decision making is clear and his distribution is clean. He can drive his team forward by moving with ball, breaking lines or finding forward passes (short and long). Defensively, Jack is strong, intelligent and a genuine competitor. He likes to impose himself on his opponent(s).

Matthew Lichtenstein (born 2006) joined FTS in 2014. He will join the U16 squad for Melbourne Victory in 2022. Matt is the modern day fullback, possessing electric speed with a massive engine, unbeatable in defensive 1v1s, unstoppable in attacking 1v1s, clean delivery from inside spaces and wide areas and a goal scorer. Matt is the perfect example of a young player that has continuously improved over 7 or 8 years – if only we could bottle this quality and share it around! Not to say that it has all been smooth sailing, however his willingness to learn and desire to improve is exceptional. Matt is technically advanced and the closest thing to two-footedness that we have had in our program, allowing him to play in both fullback positions. A key weapon is his ability to move with the ball, in open or tight spaces, forwards, at speed, with his head up and make good decisions. Matt is a highly intelligent and capable young guy and will do very well in football (and life).

To Parker, Josh, Jack & Matt, everyone here at FTS is behind you as you enter the next phase of your development and strive for senior professional experiences in the Aleague. Goodluck!

Registrations are open for the Term 2 program starting on Tuesday 26th April. We understand that the majority of players attending FTS during Term 2 will also be attending their Club Team Training sessions, therefore we have created specific technical sessions to provide players an opportunity to develop the important individual technical components that are often overlooked in Team training sessions.

Best wishes to George Karvounis (2004) – joining back up with Melbourne Victory U21s.

Following a frustrating period dealing with ongoing niggling injuries, George is back training and playing matches at Melbourne Victory U21s.

Registrations are open for the Term 1 program starting on Monday 31st January.

Fantastic news, we are finally coming out of lockdown! The FTS outdoor program will start up again on Monday 25th October 2021.

This is where you will find further information and have an opportunity to register your expression of interest. Places in the Term 4 program are limited.

Given the recent Victorian Government announcements, we are now anticipating to conduct trials for our FTS Development Squads in November 2021.

This is where you will find further information and have an opportunity to register your expression of interest.

Registrations are open for the Term 3 program starting on Monday 12th July. We understand that the majority of players attending FTS during Term 3 will also be attending their Club Team Training sessions, therefore we have created specific technical sessions to provide players an opportunity to develop the important individual technical components that are often overlooked in Team training sessions.

Registrations are open for the Term 2 program starting on Monday 19th April. We understand that the majority of players attending FTS during Term 2 will also be attending their Club Team Training sessions, therefore we have created specific technical sessions to provide players an opportunity to develop the important individual technical components that are often overlooked in Team training sessions.